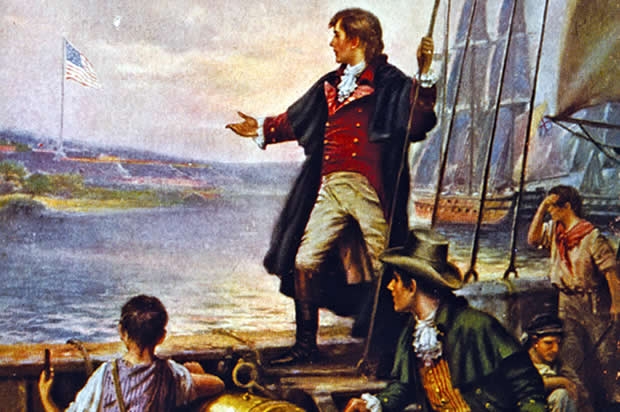 Have a grand Independence Day!

Now that we are thinking (a little) about the ideas of independence, freedom, liberty and the founding principles that made America the greatest nation in the world, this is probably a good time to choose whether you will live like a person determined to be free… or not.

These aren’t shallow words, but what do they mean? They were written by Brigadier General Anthony Wayne in a short letter to George Washington after they won an important victory at Stony Point. Wayne was wounded by a bullet in his head. It was said he had to write this letter to Washington before he would let them take the bullet out of his head. The letter read:

The fort & Garrison with Colo. Johnston are ours—Our1 Officers & men behaved like men who are determined to be free.2 Yours Most Sincerely

Are you living like a person determined to be free?

Are Americans living like a people determined to be free?

How are we going to get this feeling back? Fireworks and cookouts certainly aren’t doing the trick.

I’m convinced that the only way to return to the kind of American exceptionalism that founded this nation, is to encourage you, to look in the mirror and say… to believe… “I want to live like a person determined to be free.” Then you convince the next person, then another.

“You and I have the courage to say there is a price we will not pay. There is a point beyond which they must not advance… you and I have a rendezvous with destiny. We’ll preserve for our children this, the last best hope on earth.”

History is made when one person, does a humble act, then others follow. There will never be a great leader of nations from the start. Don’t wait for others to lead. Don’t ask whether others will stand on the principles our Founders pledged their lives, fortunes, and sacred honor to uphold and defend.

Do look in the mirror and pledge to yourself, your family and to future generations:

“If you love wealth greater than liberty, the tranquility of servitude greater than the animating contest for freedom, go home from us in peace.

“We seek not your counsel, nor your arms. Crouch down and lick the hand that feeds you; May your chains set lightly upon you, and may posterity forget that you were our countrymen.”